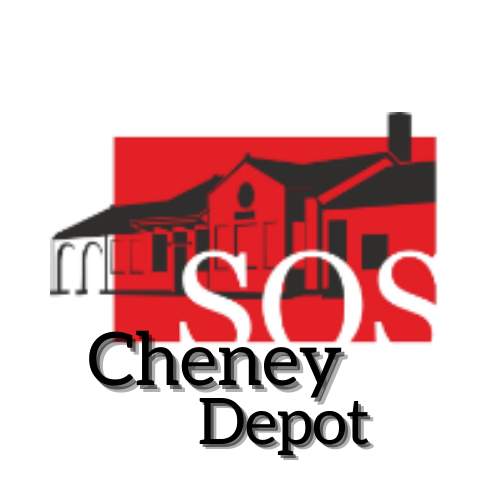 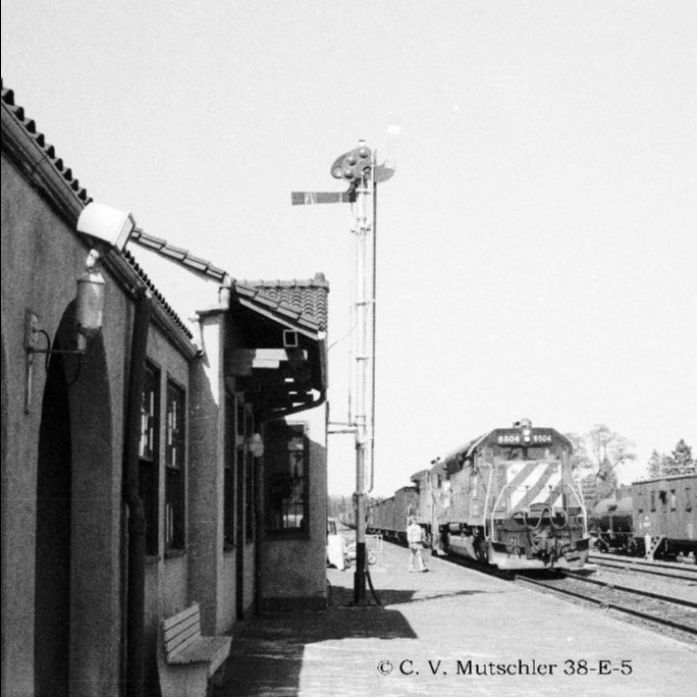 The Railroad Arrives in 1881

The original wooden Northern Pacific Railway depot was built in the summer of 1881.  This area, at that time designated Section 13 and locally referred to as Depot Springs, was the highest point on the surveyed route for the Northern Pacific Railway.  A rail line connecting what would become Cheney, Washington and its commerce to the world was a moment in history.  The original depot would then become a building of great historical signficance through which our town was born.  City Gateway From the 1880s, the train station was the main gateway into the town.  However, after 45 years of arrivals and departures, this wooden gateway fell into disrepair and the growing business district of Cheney began to imagine a grander structure to become the face of their town.  By the 1920s, the businessmen in Cheney began talking with the NPRR about replacing the 1881 depot. 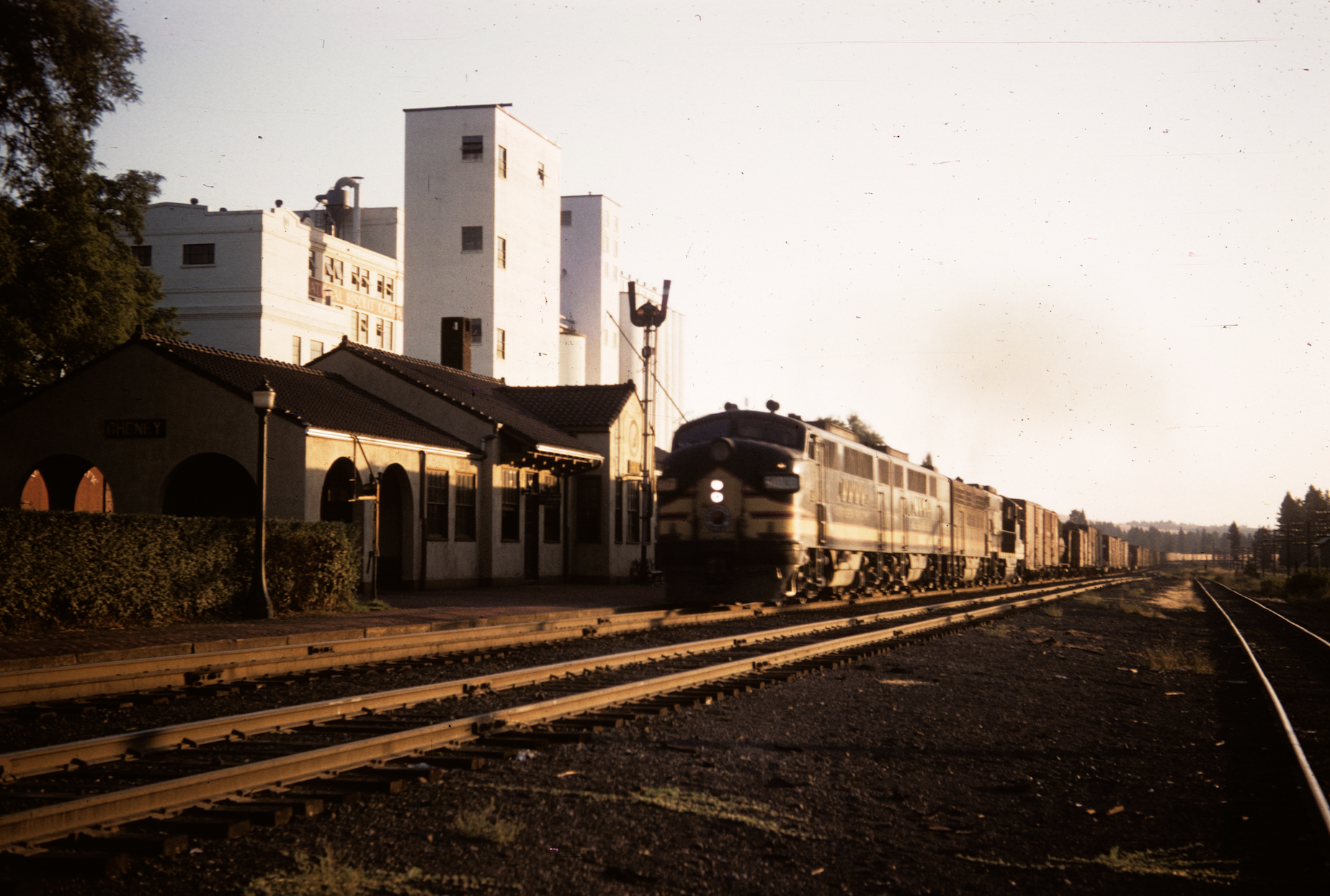 A New Depot for Cheney

Clarence D. Martin of F. M. Martin Grain & Milling Company complained that he was embarrassed to bring his clients through the dilapidated old depot.

The story goes that through his influence and insistence, the railroad allowed Mr. Martin to choose a non-standard design for a replacement.

Martin was born in Cheney 1886. Raised in the growing community, he attended Cheney Public Schools, graduated Cheney Normal School in 1903 and got his Bachelor of Arts degree from the University of Washington in 1906. After completing his education Martin returned home to help his father in the founding of the F.M. Martin Milling & Grain Company. He married Margaret Mulligan of Spokane in 1907 and the couple had 3 sons. Martin would take over in the 1920s from his then ailing father, Frank M. Martin, as president of the Milling & Grain Company. Martin was groundbreaking as the first native born Washingtonian to serve as governor of the state and the only person who ever served simultaneously as mayor (of Cheney 1928-1936) and governor (of Washington 1932-1940.) An economically minded man, he maintained his role as the president and general manager of the Milling & Grain Co whilst holding public office. During his gubernatorial run his economic prowess led him to convince the state legislature to guarantee 10 million dollars in bonds in order to get the US Congress to authorize the Coulee Dam project. It was the most successful jobs project of the Great Depression.  A champion of education, he oversaw equalization funding to help rural schools and authorized colleges to offer teachers Bachelor degrees. Called the people’s Governor, he was known for championing the common people. Clarence Martin envisioned the new Cheney depot as a way to increase commerce. He saw the need and the resources for economic growth in his hometown. The depot was finished in 1929 just prior to economic collapse and the beginning of the great depression, but Martin’s vision wasn’t tarnished. The mission of the Cheney Depot Society to bring another active commercial business through this historic site is a continuation of Martin‘s legacy and representative of the depot's historic value as a symbol of the vitality of our community.

In July 1929, the Cheney Free Press reported: The depot is of the Spanish style in stucco with a tile roof. The platform is of red brick, with ornamental lamp standards to fit in with the general appearance of the city street lamps. There is an arch-roofed outside waiting room, an inside waiting room, business and telegraph office, and baggage room. A freight platform outside is of the same elevation as car doors, so that freight and express may be trucked directly from the cars to the baggage room without any lowering of lifting.

A hot water heating system heats the entire building. The railway tracks were elevated in the yards to conform to plans for the new depot. The cost of the new building is $25,000. 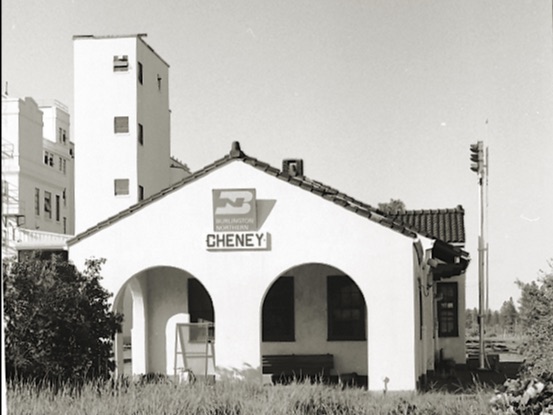 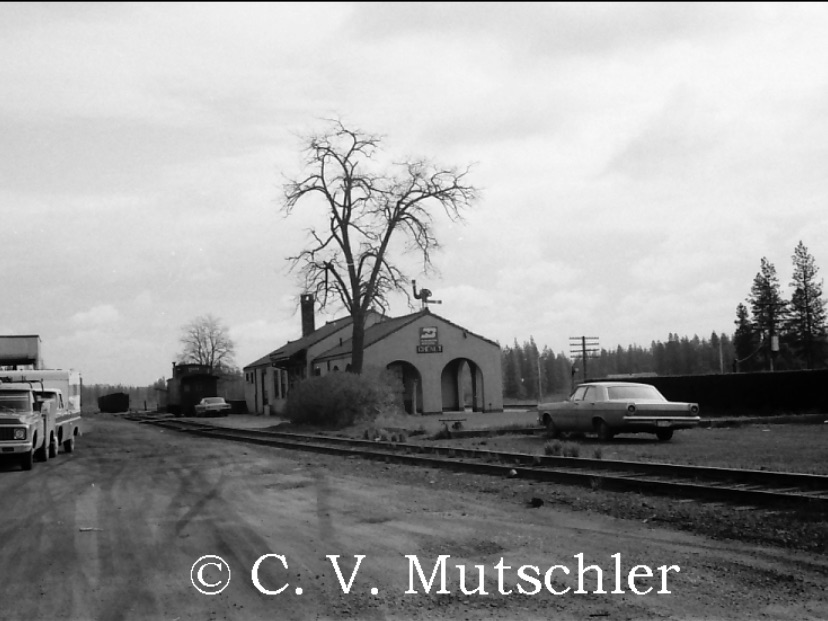 The railroad was the mass transit for Cheney up to the 1970s, serving commuting college students and residents for short trips to Spokane, as well as long journeys. It was the UPS and FedEx of its time, bringing large goods to customers, and shipping our goods manufactured in Cheney.

Men and women leaving for military service during World War II were sent off with homemade packets of notepaper, stamps, and envelopes by the women’s clubs to assure that the soldier would remember to write home.

Passengers could catch the North Coast Limited long-haul passenger train to Chicago or Seattle, as well as the two car Bug which carried mail and people.

In May 1971, passenger service from the Cheney depot ceased with the consolidation of Burlington & Northern Pacific railroad companies and with the federalization of AMTRAK. The depot continued to be used as a freight station and switching point.
Donate Now to Save our Station